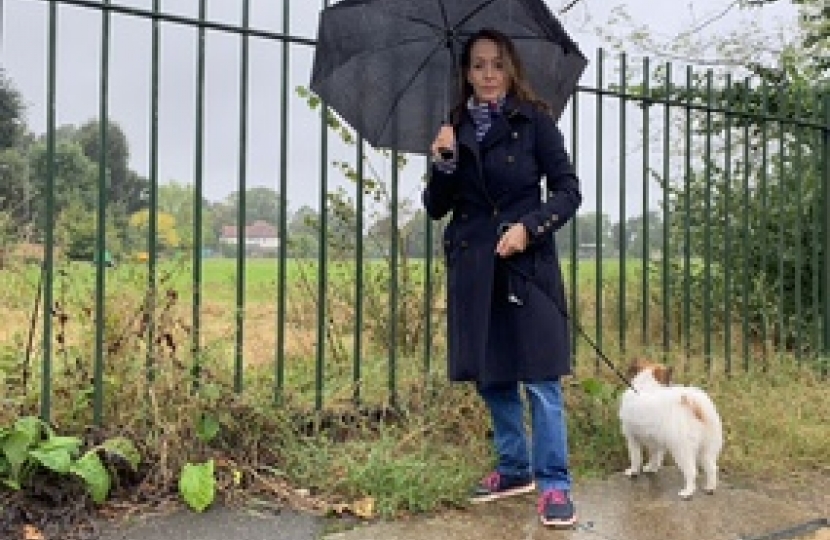 “How disappointing it was for Poppy and I that we can no longer walk and play ball on the Udney Park playing fields.

Now closed by its owner AHH to locals for recreational purposes except by appointment only for the odd Tennis match and Rugby fixture. How foolish AHH/ Quantum were to spend six million pounds of private equity money on a speculative development to convert Teddington’s war memorial Playing field into building plots. When it had so many restrictions and covenants on it.

These speculators are now, with the help of Savills, trying to sell the land to another developer - having refused the various offers from local groups who have tirelessly raised substantial amounts of money to keep it as playing fields and sports facilities in Teddington. They no doubt think they can wear local opposition down and get this sale through without outlining all the details. Then some other developer can fight the battle to build all over again. I believe they miss judge Teddington residents and the Friends of Udney Park who will fight this all the way.

In my view, there is nothing more influential in planning than precedent. Once a development proceeds on Green Belt land, it will be the thin end of the wedge. The green space/green belt defence can no longer be deployed against the next environment unfriendly application.

It’s a wonderful bit of space and it is inconceivable that when it is concreted over with housing and an equal amount of space for parking that the character of this part of Teddington will be not be irrevocably changed for the worse.

More over what does it say about our guardianship of those that wish to be beneficent to our communities?. This land was a gift to be kept open and used for sport. Over the last decade we have greatly increased the number of school places in Richmond upon Thames. The requirement for sports areas is on the rise. LBRUT has given plenty of planning permissions on Brown field sites - look no further than the new Riverside builds on the old Teddington Studio site - over half of which remain unsold after two years.

Concreting over green spaces ought always to be resisted - especially when it is without cause. We need to cherish our green space for future generations and protect the environment.

Fourth rise in four years
LibDems are a high tax, low spend Council
No ideas, no vision from LibDems
Will take a person on average salary a MONTH to earn enough to pay their Council Tax