Marc served as a two term Wandsworth Councillor from 2002 to 2010, dramatically increasing his majority. Marc played an active role on the Environment and Leisure Committee throughout. Following his move to next door Richmond Borough, Marc was incredibly close in a recount to seizing Whitton in 2014. In 2015 Marc fought, as the Conservative Candidate, the General Election in Ayrshire Central, Scotland.

Making a real difference on sport and activity - local grassroots and community to British gold medals - Marc brought in the title sponsorships to save/transform London Youth Games, served on the Board for 10 years, latterly as Vice Chair, and is still the Richmond Borough Representative. Marc served on the Board of GB Taekwondo seeing GB success ,and played a pivotal role on Commonwealth Games and London 2017 World Para and IAAF World Athletics Championships in The Olympic Stadium.

Juggling with his day job in sports / Major Events,  Marc is active as Vice Chair Heathfield and Whitton - and with St Margarets Branch.

In St Margarets and North Twickenham, we have an active committee working to ensure better facilities and provision in the community. We would love to hear from you and are always keen to greet new members and hear the issues of local residents.

George Dryja is Chairman of the Whitton and Heathflield branch. 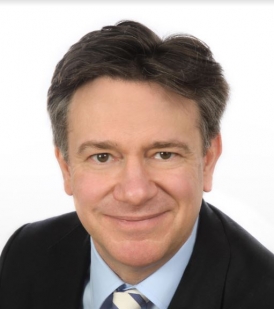