The South Twickenham Conservative Team for 2014 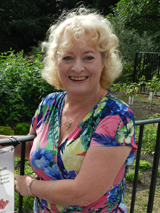 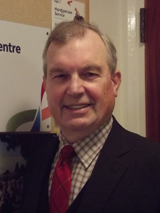 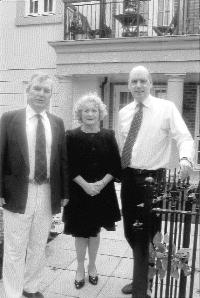 “A real pleasure to see the result”

When the Gifford House site came onto the market your councillors encouraged the developers to liaise with the community about design.  Local residents were invited to two public meetings to discuss and explain to the developers what they hoped the new build would look like.  Cllr Clare Head said “The result is very satisfactory and the new accommodation for older residents is filling up nicely”.  As one resident put it “After looking at the old Gifford House building for 40 years it is a real pleasure to see the result after our views were taken into consideration”. 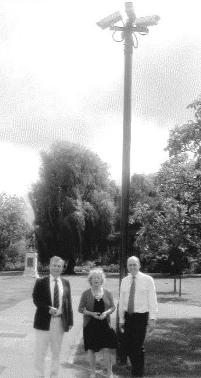 Local residents and the Friends of Radnor Gardens (FoRG) were heart-broken when low-lifers stole the beautiful Navy plaque on the War Memorial just before the 90th Anniversary of its installation.  Your councillors lobbied the Council to take immediate action to safeguard the two remaining plaques and took advice from the War Graves Commission on future protection.  A happy ending was achieved when a custom – made bronze replacement was put on the War Memorial in time for this year’s Remembrance Sunday Service.  Additionally your councillors have ensured that four CCTV cameras were installed to safeguard not only the Memorial but the two Heritage buildings; the Summer House and the Gazebo. 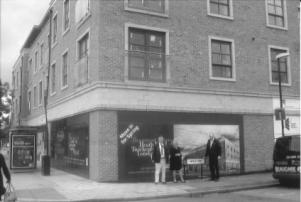 When developers unveiled their plans and designs for the old DSS Building in Heath Road there was a local outcry centred on Saville Road which would have been most affected.  At the Planning Committee meeting councillors helped residents to explain their objections and happily the verdict was refusal; a big local thumbs down for an unpopular design.  Your councillors persuaded the developers to hold public meetings to gauge the opinions of local residents which they took into account.  The result is an attractive building that will contain affordable housing and fit into the local area.

Involved at Every Stage

Similarly your councillors have been keeping an eye on the Hamilton Road site for more than five years.  They have involved locals at every stage.  They insisted that three beautiful red-brick Victorian buildings were saved.  When the development is finished it will not only have fewer flats but your councillors have persuaded the developers to allow a turning circle at the entrance to the site.  Cllr David Marlow hoped that residents of Hamilton Road will be relieved that they no longer have to reverse all the way down their road. 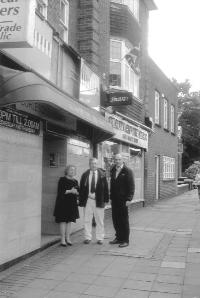 Your councillors have worked closely with local residents for ten years to try and persuade the council and the Lap dancing club to relocate elsewhere.  They will always support locals in their fight.  Cllr David Porter said “This is simply not the right place for an establishment like this. With three children of my own I am aware of adverse influences on them.”