In St Margarets and North Twickenham, we have an active committee working to ensure better facilities and provision in the community. We would love to hear from you and are always keen to greet new members and hear the issues of local residents.

Sheba Sogol is the effervescent chairman of the SMNT ward and has lived in the Twickenham constituency for 18 years. She plays an active role in campaigning for better sport facilities and female development in politics. She is an FA football coach and an F1 customer service lead trainer.

Supporting her is Jordan Edwards, a mathematics teacher who enjoys running, reading and works part-time as a quizmaster. He is also the TCA’s Deputy Chair (Political).

Stephen Almond is the branch secretary and a lifelong Conservative member. He has two children, works in Financial Services Recruitment. Ruth Porter, our membership secretary, also has two children and is a Governor at a primary school in South West London. Ruth and her family have lived in the ward for nearly ten years and played an integral part in the community. Paul Cavin is our treasurer and events coordinator. He has lived in Twickenham since 2009 and is a Queen’s Counsel specialising in criminal law.

Also supporting are Marc Hope and Peter Edwards. Marc plays an active role in St Margarets as well as in Whitton and Heathfield. Marc served as a two-term Councillor in Wandsworth between 2002 and 2010, participating on the Environment and Leisure committee throughout. Peter is an avid Fulham fan and a hard-working TCA member. 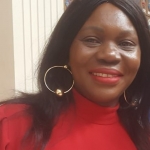 Sheba lives in the SMNT ward and has lived in the Twickenham constituency for 18 years. She is an FA football coach, F1 customer servicce lead trainer and also works for the development of women specifically in sports and politics.