George Dryja is Chairman of the Whitton and Heathflield branch. George is a long standing resident of the area and committed to helping the community. George has a keen interest in mental health issues and works part time in support of The People Hive which is a local charity supporting adults with learning difficulties. Though retired now George spent a long career in engineering and management, skills which he is now putting to work in the help of others.

Aiding and abetting George is Marc Hope. Marc works in sports sponsorship including on such impressive projects as the Glasgow Commonwealth Games, British Athletics and Team GB for Rio . Marc has been a lifelong member of the party and is dedicated to supporting the branch and its wards.

The Whitton and Heathfiled team is strong growing. They would love to hear from you to see you join them in their efforts to turn this part of Twickenham blue. 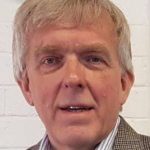 George is our Local Government Officer, liaising between the TCA and the advisory group led by Councillor Samuel.

George is also an active campaigner and Chairman of the Whitton & Heathfield branch.

Click HERE for the latest Whitton and Heathflied InTouch